Moody professor Matt Snyder writes about Russia's attack of Ukraine, where he and his wife lived and served in ministry

The following post is an excerpt from the blog of Matt Snyder. A graduate of Moody Bible Institute, Matt is now an instructor of Communications at his alma mater. Matt and his wife, Liliia (Chernytska), lived and served in Ukraine before returning to Moody in 2021 so Matt could teach here. Liliia is a native Ukrainian born in the capital city of Kyiv. Click here to read Matt’s full blog post about Russia’s invasion of Ukraine.

I watched the gentle flakes of snow fall outside our window on Wednesday night, 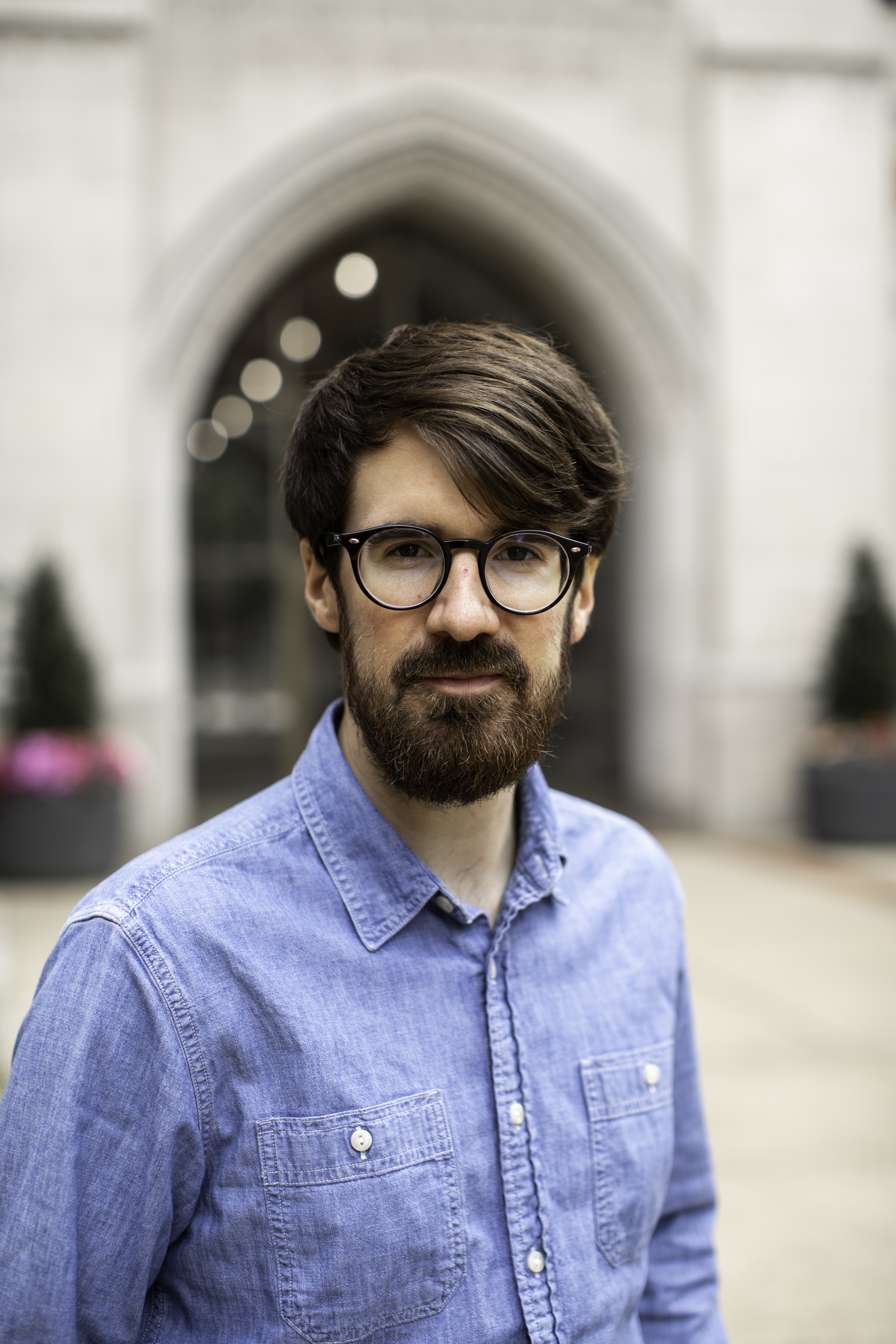 February 23, their small flittering arcs illuminated by a solitary grey streetlight. I recalled the hushed white specks falling on my nose dozens of times as my wife and I were living in Kyiv, the city of her birth.

As peaceful snowflakes fell on our apartment roof in the Chicago suburbs, Russian rockets fell on the cities where our ministry partners, friends, and family dwell.

To many readers, Ukraine may be little more than a strategic segment on a Risk game board or the homeland of the thugs in a lazily written adventure flick. But to our family—and to millions of the most creative, hearty, and hospitable people on earth—Ukraine goes by a different name: home.

As explosions rocked parts of Kyiv, Kharkiv, and other cities throughout the country, we messaged our friends and family members as they awoke in the dark hours of morning. Some provided first-hand accounts of the blasts. Chaos reigned. As one friend on the ground wrote, “We know something is happening, but we don’t know what.”

The present invasion of a sovereign, democratic nation by the whims of a strongman sets dangerous precedent for our world. War in Europe was a feature of a bygone time—or so we thought. The era of empire building has passed—or so we thought. From the soil of Philadelphia and Phoenix to the soil of Kyiv and Kharkiv, democracy requires active cultivation.

At this point, some readers in the United States might be ready to take up arms in defense of democratic freedoms abroad. That conversation extends beyond the scope of this article. As important as it may be, the cultivation of democracy does not equate to a decidedly Christian response.

How do we respond to the current invasion of Ukraine as Christians?

More than 2,500 years ago, God’s people were dragged into exile by a foreign conqueror. Like Ukrainians today, the people of God underwent jarring displacement and suffering. Amid the fears and uncertainties, the prophet Jeremiah penned some of the most important words sojourners could ever read:

“The Lord of Heaven’s Armies, the God of Israel, says to all those he sent into exile to Babylon from Jerusalem, ‘Build houses and settle down. Plant gardens and eat what they produce. Marry and have sons and daughters. Find wives for your sons and allow your daughters to get married so that they too can have sons and daughters. Grow in number; do not dwindle away. Work to see that the city where I sent you as exiles enjoys peace and prosperity. Pray to the Lord for it. For as it prospers you will prosper.’” (Jeremiah 29:4–7, NET)

Followers of Jesus across continents live as aliens, regardless of our peculiar ethnicities or the country name engraved on our passport covers. Because Christian identity springs from union with a suffering God, we need to stand in solidarity—no, to kneel in solidarity—with those who suffer. Before we are American Christians or Dutch Christians or Guatemalan Christians, we are sojourning Christians. Our displaced Ukrainian brothers and sisters, who at this very moment walk the path of suffering, show us what it means to follow a suffering Messiah.

May we humble ourselves in lament, kneeling before the God of the sojourner for peace in the city, for peace in Ukraine.