Moody students Boriana and Nastia hosted a humanitarian aid drive that filled an entire room with donations for Ukrainian refugees from the student body.

Six months after an earthquake devastated Port-au-Prince, Haiti, in 2010, I took a missions trip to the capital. I was shocked to see so many miles of crumbled houses and tent cities.

While there we visited churches and two Christian orphanages. We ran a VBS with the children, playing games, face painting, and singing Bible songs we had translated into Creole. Before leaving Haiti, I emptied the clothes in my suitcase for the girls at the orphanage. I felt sad leaving them.

The war in Ukraine is another heartbreaking event. With three million refugees fleeing from their homes, the humanitarian crisis is real and palpable. I see men in a wilderness of bombed rubble, breaking down in tears but vowing to fight on, while waves of women and children in crowded temporary shelters wonder where they’ll go next.

I imagine myself in their shoes and shudder. What if I had to flee a disaster with my dear mom, a disabled widow? When I think about that, I just want to do something to help those oppressed people. Yes, prayer is the first and ongoing step. The next is to take action and trust God for the results. 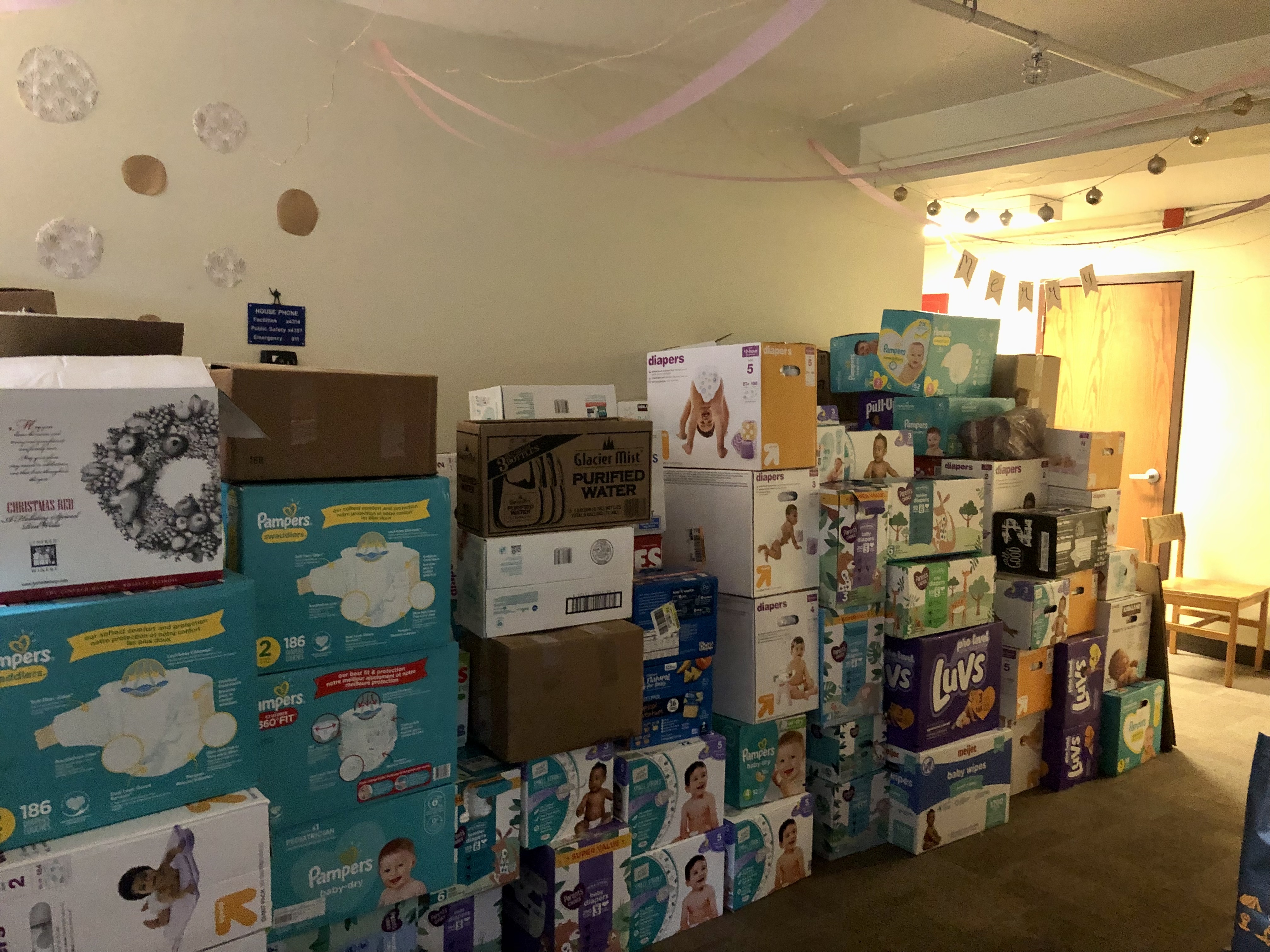 Moody has six students who are Ukrainian citizens, missionary kids, or closely connected to the besieged country. The student body heard from one Ukrainian Moody student in President’s Chapel when he spoke about the war and prayed for his nation. Then, in another chapel March 3, two students who became friends in International Student Fellowship made an impassioned plea to the student body.

Nastia, a Ukrainian, and Boriana, a Bulgarian, had been moved by images on social media of displaced mothers and children. Nastia told of the bombed hospital in her hometown and the destroyed road to her grandmother’s house. “Not a single family member that I have is sleeping in their own bed,” she said. “It’s either someone else’s apartment, home, basement, or a bathtub because that’s a hiding place that is safe right now.”

Boriana, junior class president, spoke of the threat to freedom in Eastern Europe and the anger, fear, and uncertainty that motivated them. “We just felt so helpless being so far away. We were praying of course, but we wanted to do something more tangible,” she said.

The two friends announced a humanitarian aid drive for Ukraine happening the next morning in Houghton Hall. The short notice before the start of spring break didn’t deter students from giving. In two hours, the room was stuffed with student donations for Ukrainian refugees—boxes of diapers, baby formula, wipes, swaddling blankets, medicine, and other essentials. Boriana also collected items from her church in Algonquin, Illinois—enough to fill three pickup trucks.

She and Nastia spent part of their spring break sorting the goods, labeling them in Ukrainian, and preparing them for shipping. Through friends of friends, they secured a transportation company to pack the donations in a truck for delivery to the New Jersey location of Nova Poshta, a private Ukrainian shipping company that is currently delivering humanitarian aid to charitable organizations in Ukraine for free.

Amber Jipp said the student response was very encouraging. “We have all this international news, and sometimes it can be hard to feel it, but we’ve also had different prayer gatherings related to Ukraine, student testimonies, and one student’s video from a Ukrainian pastor—things that make it very personal.”

Boriana posted pictures on Facebook of the humanitarian aid they received. “I’m overwhelmed and so humbled by people’s generosity, empathy, compassion, and desire to help! Thank you, Moody students.”