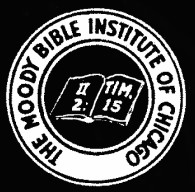 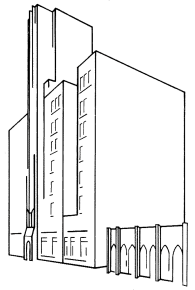 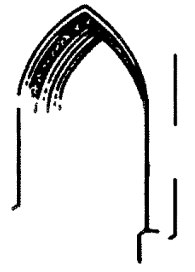 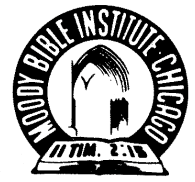 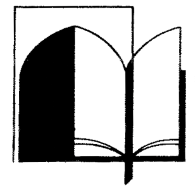 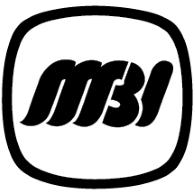 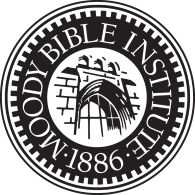 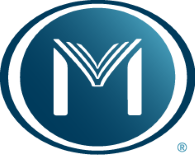 Since it began, Moody's education ministry has focused applying God's Word to life. 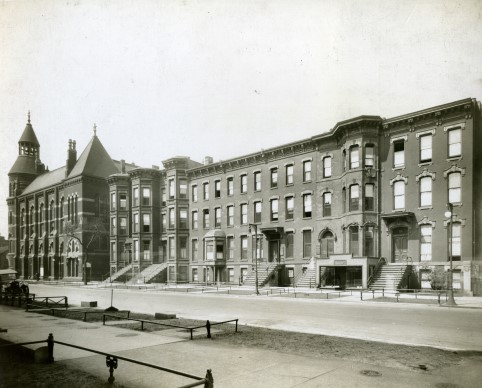 D. L. Moody's interest in educational endeavors took root in the summer of 1870, when he met Emma Dryer, principal and teacher at Illinois State Normal University. The following year, while ministering to the needs of thousands who were left homeless by the Chicago Fire, Dryer began developing a program of Bible study, teaching, and home visitation for young women.

Moody persuaded Dryer to stay in Chicago and carry on her Bible work under the auspices of his church. During the next decade, Moody continued his involvement in evangelistic work around the country, and Dryer developed the training program among women in Chicago. At every opportunity she encouraged Moody to start a training school for both young men and women.

Early in 1883, several Chicago residents began meeting weekly with Dryer to pray that Moody would return to Chicago and develop the new school. During a meeting to discuss evangelization in Chicago on January 22, 1886, the subject of a training school again came up. By this time Dryer's persistent message had taken hold in Moody's heart.

"I tell you what I want, and what I have on my heart. I believe we have got to have gap-men to stand between the laity and the ministers; men who are trained to do city mission work. Take men that have the gifts and train them for the work of reaching the people." In January 1901 the Moody Correspondence School was established for "the benefit of those of both sexes who cannot, for financial or other reasons, attend the Institute personally. The purpose is to give them, as far as possible, all the advantages of the systematic methods of study pursued here."

The school started with two courses: Bible Doctrine and Practical Christian Work. Both courses were written by Moody's second president, R. A. Torrey. The number of courses grew steadily from 1901 to 1945, and by the end of 1945, there were 17 courses available. 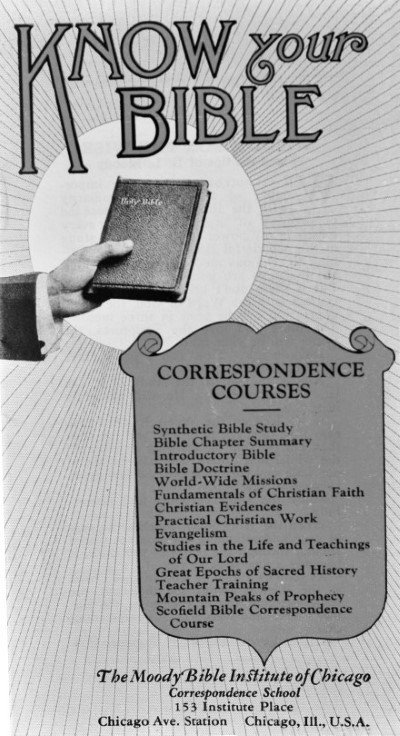 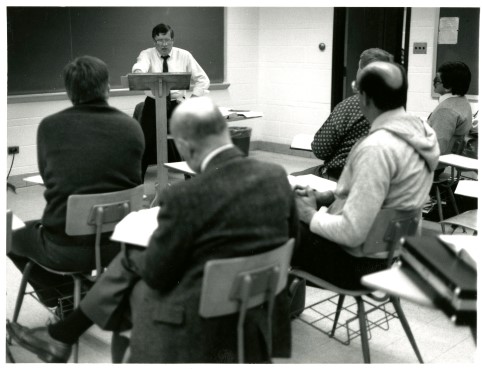 In 2005 Moody Aviation—Moody's program focused on training missionary pilots—was relocated from Tennessee to its current site in Spokane. Moody Aviation partners with Spokane Community College and employs faculty from top mission aviation agencies to offer a Bachelor of Science in Missionary Aviation with two emphasis options. 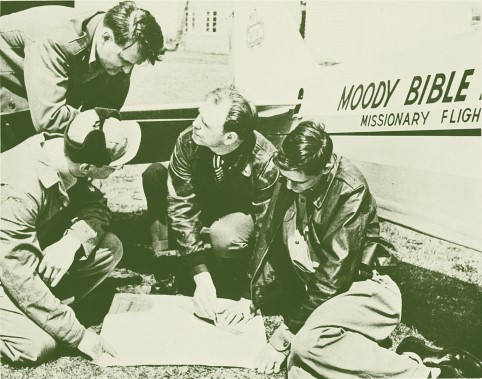