Meeting a Growing Need on the Mission Field

Meeting a Growing Need on the Mission Field

Mental health has exploded into one of society’s most widespread issues, particularly during a COVID-19 pandemic that sparked dramatic rises in depression, anxiety, and stress. Nearly 9 in 10 Americans believe the United States is now mired in a “mental health crisis,” according to a January 2022 nationwide survey by USA Today.

“Every year some missionaries leave the field early, and statistics say about 70 percent of those cases are preventable,” Steve says. “What I want to do is to be able to bring that number down in a way that can help people on the field deal with their high-stress environment. . . . That way they are able to stay on the field and continue doing what they feel God is calling them to do.”

After two years serving with a missionary ship and two more years with an evangelistic ministry in Nepal, Steve returned to his hometown of Marlette, Michigan, considering what his next step should be. It was then that he heard God’s call to study clinical mental health counseling. 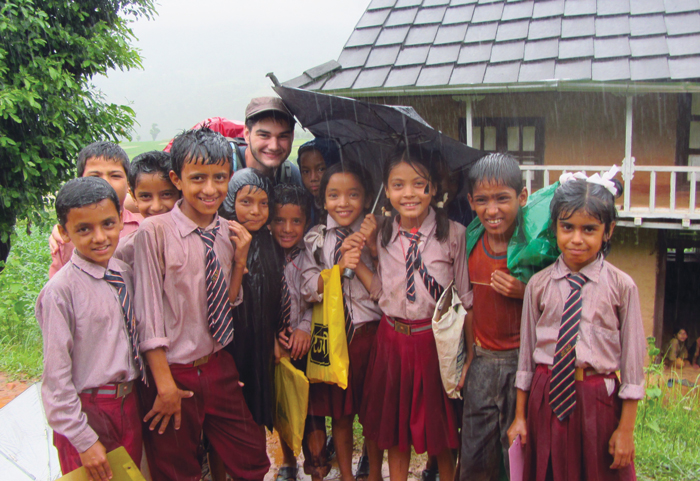 “I saw the difficulties some cross-cultural missionaries go through,” Steve says. “I think God has placed me in a unique position to reach out and help them.”

Steve first enrolled at Moody Bible Institute in 2014, earning a BA in Pre-Counseling and Human Services in 2019. He is now on pace for an MA in Clinical Mental Health Counseling from MTS in 2023.

“The program teaches everything through a biblical, Christian understanding of the person,” Steve says. “Moody is training me to meet the needs I saw of missionaries when I was on the field.”

Photo caption: Steve Hutchens with students at a school in Nepal. Steve and his missionary colleagues presented the gospel at schools across the country.

Missionaries Have Mental Health Needs Too

After graduating high school in 2009, Steve raised support and joined a large ship filled with missions workers that visits cities in India, Sri Lanka, Libya, Sierra Leone, and across the world. The ship's crew performed a variety of services, from distribution of Christian materials and partnerships with local churches to door-to-door evangelism.

In 2012 Steve transitioned to a new role as a missionary in Nepal. Steve and his team would trek across the developing nation for weeks at a time, distributing tracts and the four Gospels in Nepali, presenting the good news of Christ in schools, visiting refugees, evangelizing, and building relationships.

The ministry service was immensely rewarding and enjoyable, but it also took a toll.

“The challenges that we faced on the field just accentuates these mental health issues and brings them to light,” Steve says. “Counseling and training can help so many people in their relationship with God and how they manage their daily lives.”

Over four years, Steve found that one of the most significant circumstances contributing to issues was the work itself.

“When I was on the ship, it was a very high-intensity environment where everyone was on the go all the time,” Steve says. “You’d work for five days, then have a day off, but you’d end up using that day off for ministry because there was always something to do. It was amazing work but an intense environment.”

‘She Had Nothing Left to Give’

Steve shared the example of one missionary whose role was working with missionaries battling mental health issues.

“She opened her living space for anyone who needed a restful space away from everything else and generally opened herself up completely,” Steve says. “She removed all boundaries in the name of helping others.”

By the time Jill finished her field commitment, “She had nothing left to give and spent years depleted and in a deep depression,” Steve says. “She thought, as a missionary, she had to be completely open to helping others, with no restrictions or restraints. In the end it was not sustainable, and she crashed hard.”

In 2013 Steve first sensed God was readying him for a new calling as a counselor to missionaries while he attended a training seminar in Nepal titled “The Father Heart of God.” 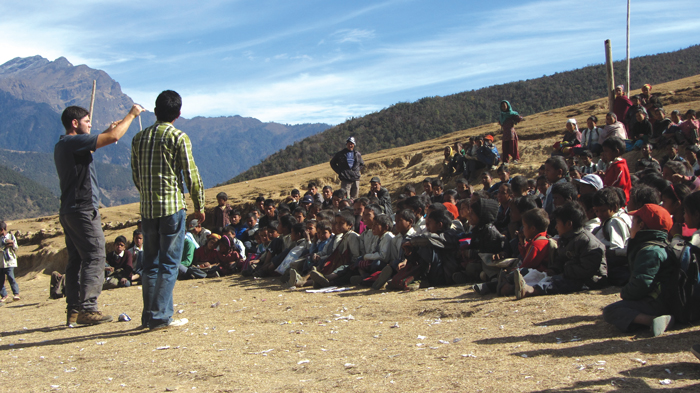 “It was about dismantling our misconceptions of God from our own cultural Christianity and our own upbringing,” Steve says. “It was about building our beliefs back up according to what God says about Himself and His unconditional love for us.”

The seminar transformed Steve’s outlook on how God views His children. It also changed Steve’s motivation for serving God, giving him a more in-depth understanding of God’s grace.

“I no longer saw God as an authoritarian waiting for me to mess up one too many times,” Steve says. “I saw Him as a Father who sees my stumbling, infantile steps and picks me up when I stumble. I saw a Father who mourns with me in my pain, who never leaves me in the dark valley, and who roots for me to persevere in trials.

“That is the God I see now—not a God who keeps track of all my failures but One that looks at me and sees Christ.”

“Our professors are wonderful people who help us understand the complexities that come with that,” Steve said.

Dr. Michael Milco, a Human Services professor at Moody, described Steve as an inquisitive and passionate student who wasn’t afraid to ask tough questions in his classes.

Following graduation from MTS, Steve will need to accrue about 3,000 hours of professional counseling practice before fulfilling the dream he believes God placed on his heart to counsel missionaries and pastors overseas.

Steve is encouraged that some overseas missions agencies have begun to invest in mental health services for their missionary staff.

“You need to proactively have options for mental health support for your missionaries,” Steve says.

Hear Steve share his story in a “Snapshot Testimony” podcast on Moody Radio.

Jeff Smith is editorial manager of Marketing Communications with Moody Bible Institute. After earning a BA in Journalism from Eastern Illinois University, Jeff worked for 11 years in the newspaper industry as a news reporter, sportswriter, and sports editor before serving for eight years as editorial manager of Marketing and Corporate Communications with Awana Clubs International.