'We Have a Lot to Celebrate'

'We Have a Lot to Celebrate' 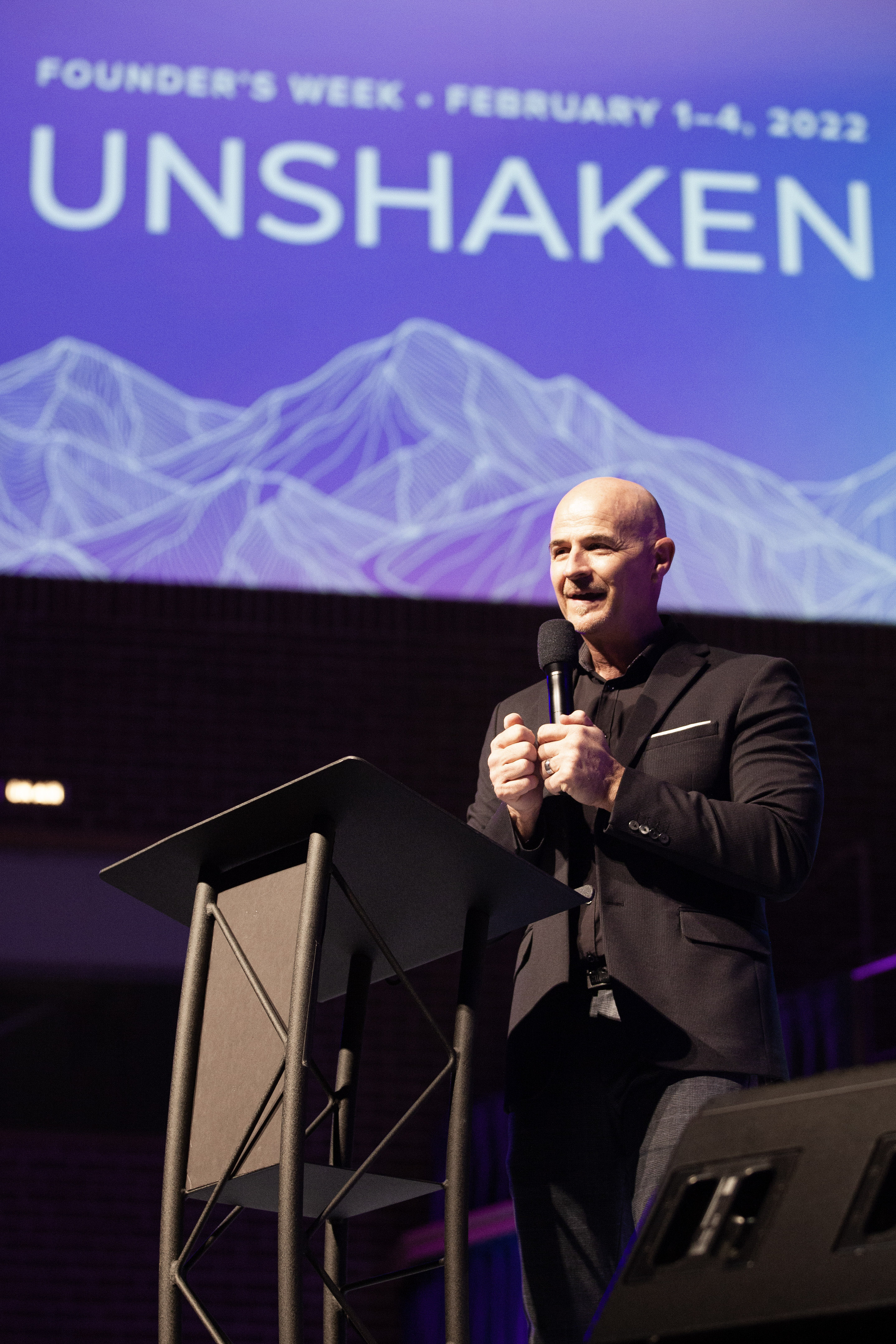 That was the word Dr. Mark Jobe chose to characterize his spirit during Founder’s Week 2022. That same celebratory spirit described the 187 alumni who attended the Alumni Banquet at Founder’s Week on Friday, February 4.

“We have been through some of the most tumultuous times that we have seen in decades,” Dr. Jobe told alumni at the banquet. He referred not just to the pandemic but also to the political polarization, racial tension, cultural upheaval, mask and vaccine mandates, and online vs. in-person education debates.

“This has been a very, very disruptive time for organizations in general, for churches in particular, and for higher education specifically, because we have residential students who live on campus, and even more intensely for a school that’s in the heart of a major metropolis like Chicago.”

Yet the Moody team—from Provost cabinet to Student Life to RAs to Facilities to faculty—has pulled together in amazing ways. “We have a lot to celebrate,” Dr. Jobe said.

Beliefs that collide
When new mandates in January required a vaccination card for entry into food service and entertainment venues in Chicago, the Moody Alumni Association had to quickly find a new location for the alumni banquet and reunion dinners. Thankfully alumni were able to meet and eat at nearby Park Community Church. (Churches are exempt from the mandate.)

Besides the pandemic, which hit 13 months after Dr. Jobe stepped into the role of Moody president in January 2019, a much more aggressive tone has been taken by society towards believers in recent years. Evangelical Christians and ministries have been accused of being not just irrelevant but bigoted and hateful, Dr. Jobe said, echoing Dr. Erwin Lutzer’s Founder’s Week sermon from Thursday, February 3.

“Here in Chicago, what we believe, where we stand on our view of marriage and sexuality and beliefs collide significantly with the culture that’s around us.”

Doubling our impact
Despite increasing hostility, Moody has not shrunk back. “We started to pray that God would give us the ability to double our impact,” Dr. Jobe said.

God has been answering that prayer. “Our last fiscal year (2021) was the best fiscal year that we have ever had in the history of Moody Bible Institute in 135 years,” he said. “We celebrate the favor of God.”

“No, our plan is not to build more dorms,” he said. “But our plan is to continue to educate and equip more people than ever before.”

That means educating people in cohorts, using technology in online learning opportunities, and making Bible content and training available in countries that have less access to these resources.

‘Please stop apologizing to me’
Dr. Jobe then addressed the tendency for some alumni to feel guilty for not using their degree in full-time vocational ministry.

“Please stop apologizing to me,” Dr. Jobe said. “If you are following Jesus and living on mission, you are exactly what we wanted to do with your life—prepare you to live as Jesus followers in the world. Could we give it up for people that are living on mission for Jesus and getting a paycheck even in a non-vocational way?”

While Moody is still an institution to train traditional missionaries, pastors, worship leaders, and youth ministers, Dr. Jobe reminded the alumni that D. L. Moody started the institute to train “gap men and women” who would spread the gospel of Jesus Christ and live on mission.

“That’s still our mission and still our goal,” Dr. Jobe said. “More than vocational ministry, we want people that are grounded, have a biblical worldview, and are living on mission to make a difference for the kingdom of God in this world.”