In Difficulty and Chaos

In Difficulty and Chaos 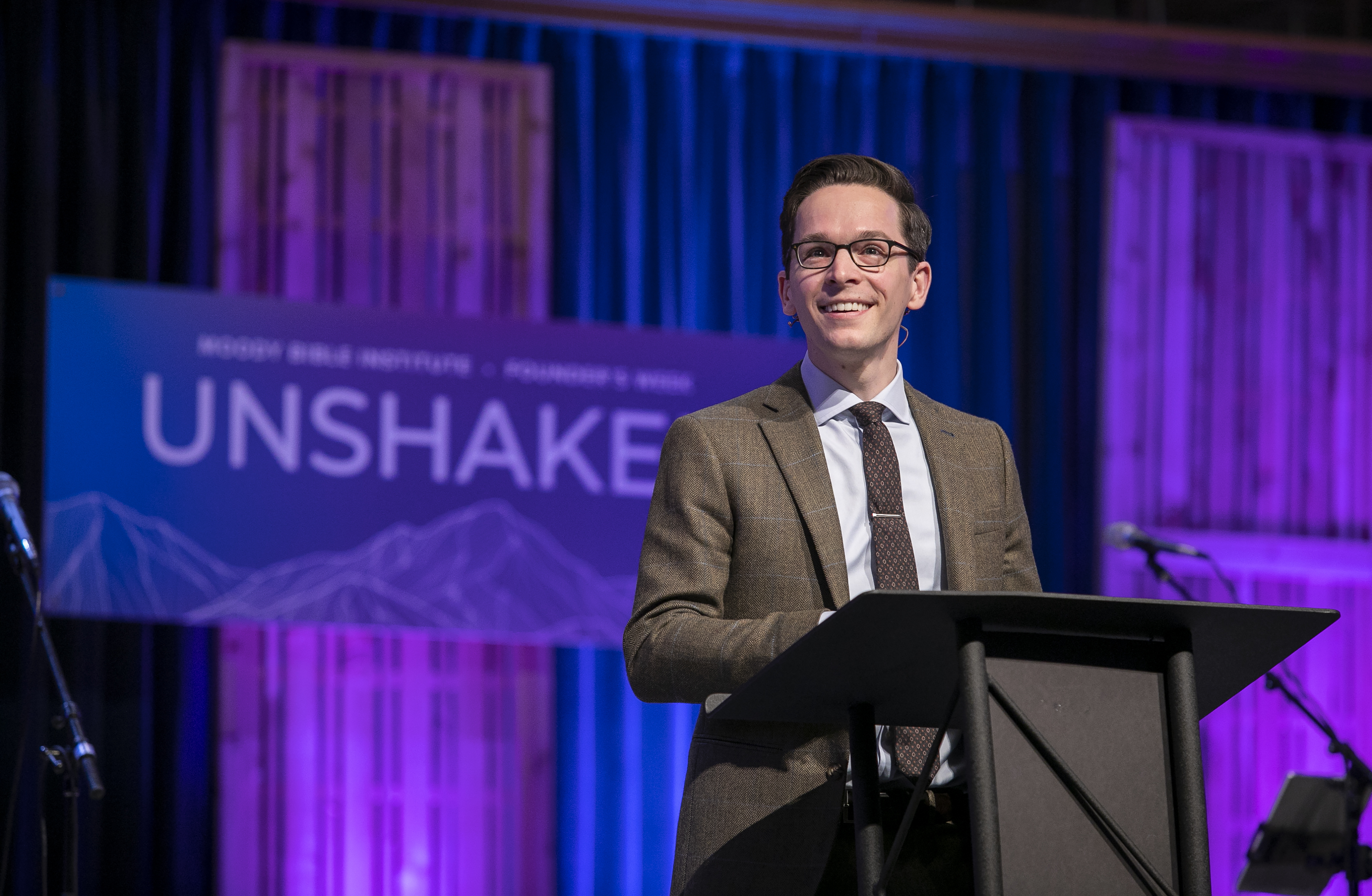 Johnny Armijo ’20 and Hannah Thompson ’19 launched the final morning session by leading the audience in worship before Dr. Chris Rappazini ’07, who oversees the Pastoral Studies program at Moody Bible Institute, took the pulpit.

“What was the hardest class you ever took?” Dr. Rappazini asked. “Imagine you fail that class and have to take it all over again—and then again. That’s the story of my friend Ray Johnson.” 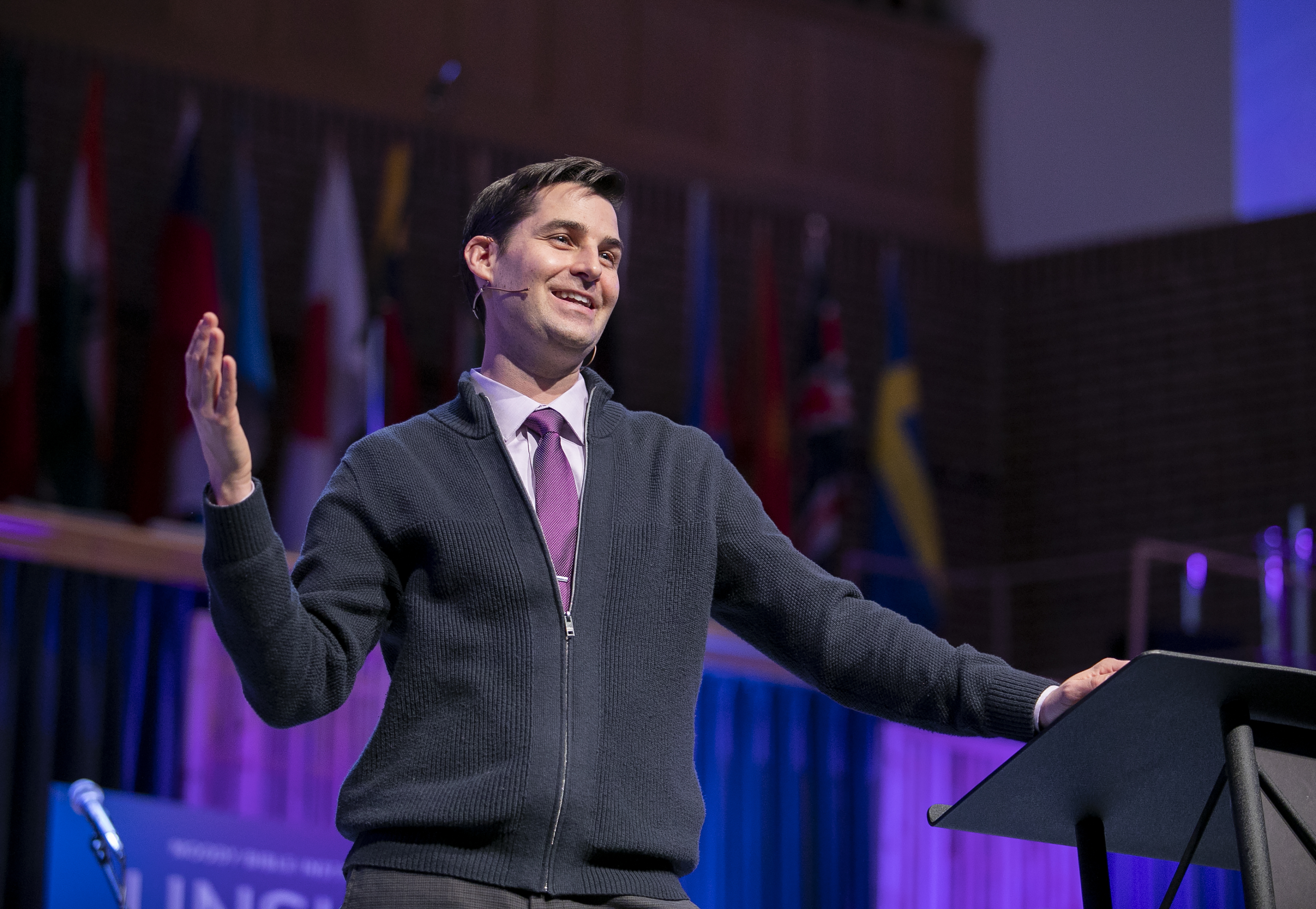 Dr. Rappazini told the story of his former classmate Ray Johnson, whose academi struggles led to the threat of suspension after seven years of failing his undergrad classes. Then Ray receiuved a mysterious letter informing him that he would graduate in May with high honors.

Knowing Ray’s academic failure, everyone questioned his story, and eventually the faculty suspended him. As Ray returned to his dorm room to pack up, the interim president visited him to ask Ray if he really believed what the letter had to say.

The president disclosed that he had signed the letter, and Ray would indeed be graduating in a few weeks. “You don’t deserve to graduate, but grace is receiving what you don’t deserve.”

At this point Dr. Rappazini revealed that Ray Johnson’s story was a metaphor for the story of the man blind from birth found in John 9:1–12. Although others thought the man was blind because he or his parents had sinned, Jesus said, “This happened so that the works of God might be displayed in him” (John 9:3). Then Jesus performed an act of grace by healing the man’s sight.

“Sometimes the setbacks in our lives are opportunities for God to display his grace,” Dr Rappazini explained. “Two thousand years ago on Calvary, Jesus Christ died. What appeared to be the biggest setback in history was actually God’s most amazing act of grace.”

“Thank you, Alumni Association,” said Dr. Tucker, who now understood why his wife had been so insistent that they attend Founder’s Week this year. “Thank you for my colleagues, who really encouraged me to care for our students on a regular basis.”

Run to God's embrace during difficulties

Before Armijo and Thompson closed out the session with more worship, David Giese ’12, adjunct professor at Moody and lead pastor of Village Church of Gurnee, preached on Hebrews 12:18–29. Giese thought this year’s theme, Unshaken, was perfect in light of the challenges of the past two years. However, he admitted that he doesn’t always feel that way.

“What happens in those moments when we don’t feel unshaken?” he asked the Founder’s Week audience before suggesting, “Remember God’s kingdom to which you’ve come.”

In the chaos of current times, fear, anxiety, and despair are natural responses to life’s uncertainties—but these things are not of God’s kingdom. Giese exhorted the audience to run to God’s embrace during difficulty instead of turning away from Him. “Who else is there to turn to?” he asked. “What other gracious, all-knowing being are we going to run to?”

There is no better time to pursue God than in periods of difficulty and chaos. “In those moments when we feel shaken may we turn toward Him; may we encourage others to turn to our all-powerful, triune God!”