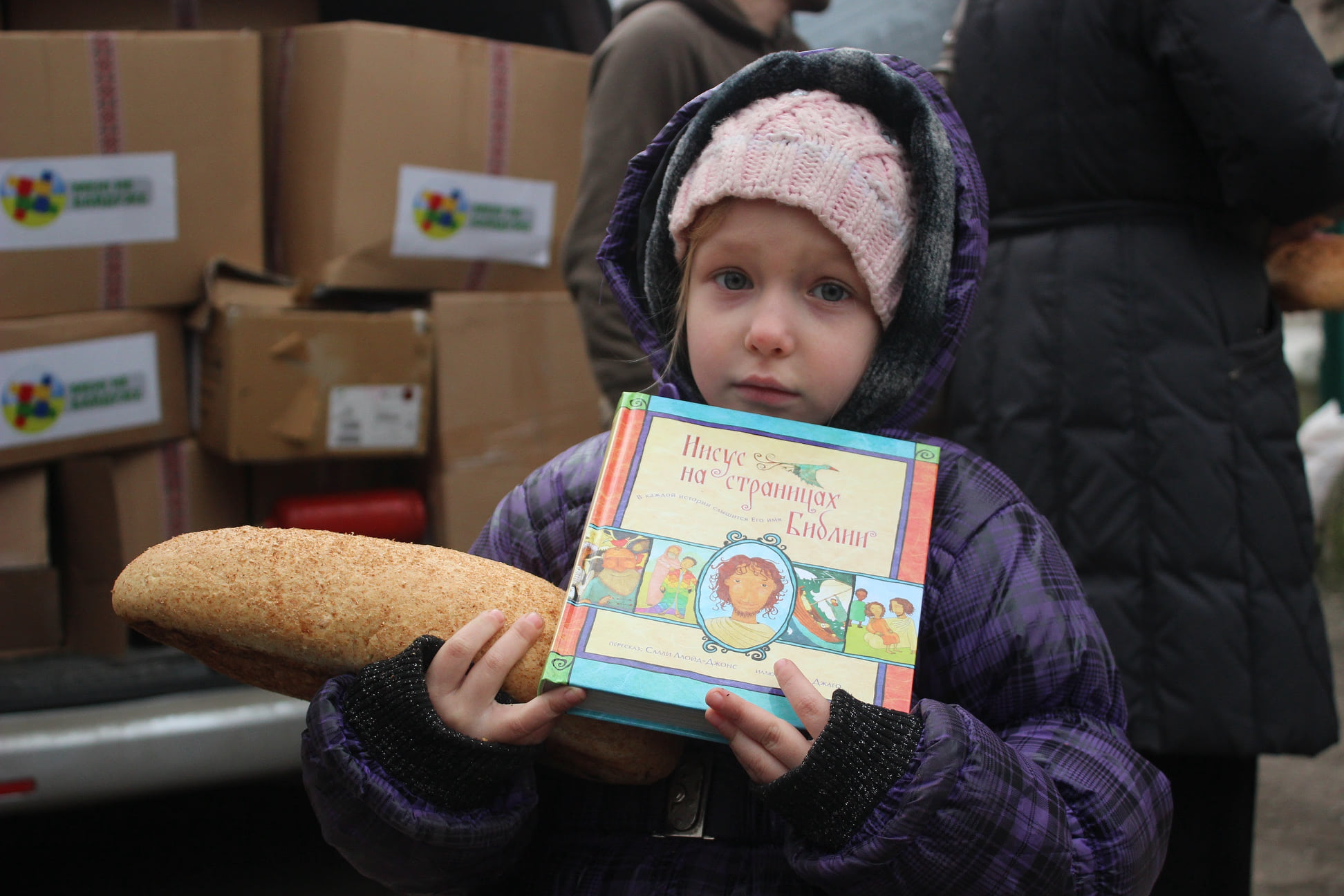 A young Ukrainian girl receives a children's Bible and a loaf of bread at a Bread of Life bakery run by Mission Eurasia.

The Russian assault on Ukraine has created the largest humanitarian crisis in decades. Nearly 5.5 million Ukrainians have fled to neighboring nations and 7.7 million are displaced inside the war-torn country. Another 13 million can’t leave because of security risks, according to the United Nations.

For the watching world, it’s also been a lesson in courage to see fathers, brothers, and uncles stay behind to defend their homeland. Many women have joined in the fight or stayed home to assist the elderly, and even President Zelensky continues to rally the troops from the capital.

Ukraine’s history is one of survival and perseverance against enemy control, says Sergey Rakhuba, president of Mission Eurasia. “Ukrainians know what oppression is. They value freedom immensely.”

Working with churches and partners like Samaritan’s Purse, the ministry mobilized teams to pack and deliver emergency food packages plus copies of Scripture to 20,000 families so far. For $50 a box, an iCare package contains enough food to sustain a family of four for a week.

“The shortage of food is at the catastrophic edge . . . and becoming more noticeable,” Rakhuba says.

But it’s not just physical needs that are being met. The escalating crisis has also awakened spiritual needs among the Ukrainians.

But the spiritual battle is also evident. Last month in the city of Irpim, Russian troops destroyed Mission Eurasia’s ministry headquarters, including a warehouse filled with New Testaments, Bibles, and Gospel of John booklets. “They even took much of that literature outside, piled it up, and burned it,” Rakhuba says.

Despite the setback, no staff were killed and Mission Eurasia has redoubled its efforts to get God’s Word into people’s hands. “We have a print house in the western part of Ukraine, working 24/7, printing hundreds of thousands of copies,” Rakhuba says.

As the refugee crisis continues to grow, Mission Eurasia is also launching Bread of Life bakeries near their refugee assistance centers in Moldova. These bakeries not only provide bread, food, and jobs, Rakhuba says, but serve as a “spiritual outpost where refugees can turn for compassion from caring Christians who will share Scripture and the hope they need now—and for eternity.”

Humanitarian relief work is not the main focus of Mission Eurasia, which operates in 13 countries of the former USSR and Israel. “Our main focus is to train the next generation of emerging leaders of the evangelical church in these countries,” Rakhuba says.

Since 2004, more than 20,000 young Christian leaders have been trained through the non-formal, church-based School Without Walls and Next Generation Professional Leaders Initiative programs.

With the motto, “Trained to lead, equipped to serve,” more than 1,000 volunteers have been mobilized. Rakhuba refers to them as a “young army of well-equipped-for-ministry leaders on the frontlines of the crisis, preaching the gospel in a very practical way, helping people to survive, helping take care of their basic needs but at the same time doing this in the name of Jesus.” 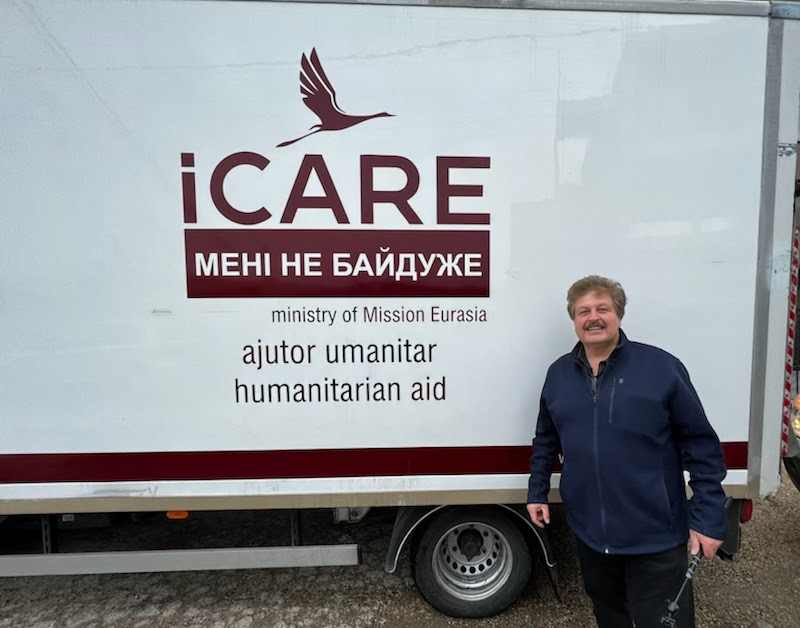 Sergey Rakhuba, a 1995 Moody Bible Institute graduate, recently visited the war zone region as president of Mission Eurasia, which is meeting physical and spiritual needs in Ukraine, Poland, and Moldova.

Linda Piepenbrink is a senior editor in Marketing Communications and managing editor of Alumni & Friends magazine at Moody Bible Institute.