A Lost Sheep Worth Saving

A Lost Sheep Worth Saving 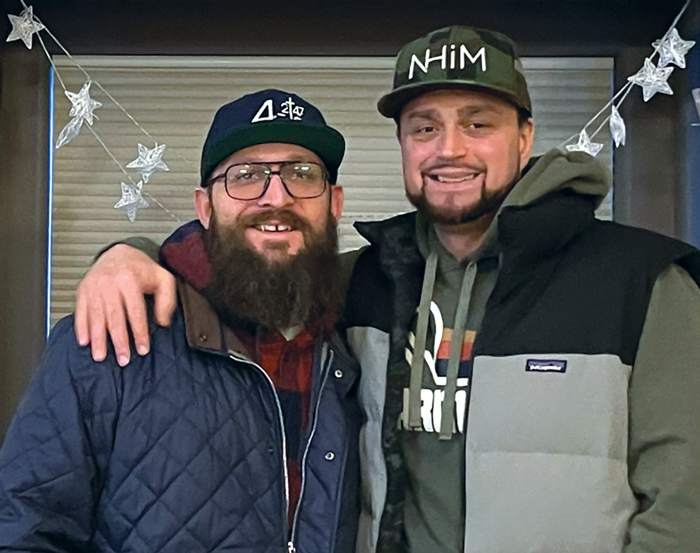 Recently I heard 7eventh Time Down’s song The 99 based on Jesus’ parable of the lost sheep from Luke 15. As I listened to the lyrics of this stirring anthem, the first person that came to mind was Adrian Ortiz, particularly during the chorus:

If you haven’t caught Adrian’s story in the spring 2022 issue of Alumni & Friends magazine, please take time to read it. Your understanding of God’s never-ending love for you—and His desire to relentlessly pursue every lost soul in our world, including you and me—will grow deeper roots in your heart in a few short minutes.

My favorite part of Adrian’s inspiring story is shortly after he completed an 80-month prison sentence for armed robbery. Adrian moved back to his hometown of Anchorage, Alaska, knowing that, as a felon and active gang member, he faced improbable odds at finding gainful employment and reacclimating into society. After fruitless attempts to find any job, Adrian reluctantly accepted an offer as a maintenance worker at a strip club. Thoughts of recidivism gnawed at him.

Two months after leaving prison, on Adrian’s 30th birthday in 2010 he was invited to lunch by two childhood friends, Corey and Erin Schmidlkofer. Corey and Adrian had been best friends since grade school.

“Adrian and I were troubled together,” Corey said. “We used drugs, sold drugs, and stole drugs from people who sold drugs.”

But unbeknownst to Adrian, this lunchtime encounter would change his life forever. Corey had placed his faith in Jesus Christ just weeks after he got out of prison in 2009. Now he couldn’t wait to introduce Adrian to the Good Shepherd who had rescued him from the trials, torment, and penalty of sin.

“How could I not share the greatest news ever with one of my greatest friends ever?” Corey said.

Over the course of their lunch together, Corey and Erin asked Adrian who he thought Jesus was. Adrian said He was a wise teacher and compared Him to Ghandi. “I said to him, ‘He is so much more than Ghandi,’” Corey recalled. “’He is God, the creator of the heavens and the earth, our Savior and Lord!’”

Corey then shared his personal testimony and explained Jesus’ story from the Gospels. At the end of their long lunch together, he gave Adrian a Bible, encouraged him to read the Gospel of John, and said to call him any time with any questions he had.

Eyes opened to the truth

Adrian was moved by Corey and Erin’s lunch conversation—and especially by their demeanor. “I sensed so much peace with them and something different about them,” he said.

That night, Adrian read the book of John in one sitting. God opened his eyes to the truth about His Son. “After I read John, I just knew who Jesus really was,” he said.

Adrian surrendered his life to Christ. Like Corey, he was no longer a lost sheep. Today, he is married, raising two sons, and using his 2021 Moody online degree in Biblical Studies to undergird his ministry as a youth pastor at a church in Wasilla, Alaska. He now points lost teens to the same Good Shepherd who searched high and low to lead Adrian home.

“Jesus never gave up on me,” Adrian said. “He is and always will be the hero of my story.”